This year our annual meeting is dedicated to the celebration of the 50th Anniversary of the Wapack National Wildlife Refuge. We will be honoring the generous gift of land by Laurence and Lorna Marshall that created the Refuge. Joining us will be their daughter, Elizabeth “Liz” Thomas, and her son Ramsay Thomas. Also, Matt Hillman and Graham Taylor from the U.S. Fish and Wildlife Service will speak about the Refuge and management. (See page 3 for details about this event). The Refuge protects 1,625 acres of forest and wildlife habitat on North Pack, a beautiful section of the Wapack Trail and the Cliff Trail, as well as sections of Ted’s and Caroline’s Trails.

The Refuge provides a large tract of protected habitat for wildlife, and a place where people can experience and learn to appreciate a protected mountain forest. I’ve heard many stories from hikers who tell me how much the Refuge and the trails mean to them. Here is one example. This year while I was at the Refuge searching for an appropriate location to install the new plaque, a member of a multi-generational hiking group noticed my Friends of the Wapack patch and walked up to speak with me. He wanted me to know how much this place meant to his family. His father had taken him and his siblings there every year to climb the mountain when they were children. They still climb once every year, now with their children, in memory of their father.

The trails provide a deep-forest immersive experience. Visitors will notice that the forest is comprised of mostly mature spruce-fir and mixed hardwoods, providing wildlife habitat and safe passage for migratory birds across the Wapack Range. The open summit is a great place to watch hawk migrations. Many species of birds have been observed at the refuge, including ovenbirds, yellow bellied sapsuckers, many varieties of warblers, and many others including birds identified as species of concern. Mammals include white tailed deer, bobcat, red and grey fox, black bear, coyote, and many rodent species including porcupines.

Increasingly, society is understanding the importance of protected forests for carbon sequestration to reduce global warming. As more land is developed around us, permanent refuges like this become more important for our future. Since the creation of the Friends of the Wapack in 1980, we have worked in cooperation with the U.S. Fish and Wildlife Service in maintaining the Wapack and Cliff Trails on the Refuge, improving signage, and helping to monitor the property. For the past 50 years, the U.S. Fish and Wildlife Service has protected this land and will continue to do so into the future. The generous gift of this land by Laurence and Lorna Marshall has made this all possible. It is fitting that we celebrate the 50 year anniversary of this priceless gift.

That land was our home forever after. On weekdays we had to live near Boston, but we spent those weekdays waiting for the weekends when we could visit Dad’s wonderful land.

The view was spectacular. A hayfield ran from the road (then a sand road) to the woods. Beyond it we could see the Wapack Range.

Many people, probably once including the Abenaki Indians, had lived in that area for a very long time, and both sides of North Pack had been farmland. Many stone walls that were built there by farmers are still in the woods. The tops of North Pack and its neighbor, South Pack, were part of a trail on which farmers moved their cattle, walking them along, surely for several miles, to where they’d be killed for their meat. Why was their pathway on mountain tops? Probably because the mountainsides belonged to privately owned farmlands.

Plenty of people had lived there and not all of them were farmers. The place where we built our house was once owned by a prostitute. The area had been known as Caper Corner (and still was when we moved to our house) and the ruins of her house are still there.

My dad loved the wildlands. He already owned the west side of North Pack so he bought the top of North Pack and also some of the east side, which he arranged to be protected land. He had foreseen two probable disasters. The first was that people would kill many of the animals who lived in the large forest area on and around the Wapack Range… the people of that area had quite literally killed all the deer for miles around so that once when a local person saw a deer, it was reported on the front page of our newspaper, then known as the Peterborough Transcript. The other disaster foreseen by my father was that a ski slope could appear on our side of North Pack, and all we would see during daylight in winter would be skiers whizzing downhill. But now, except for the trail that was once used by cattle farmers and is now used by human hikers, wild animals live there safely, including coyotes. In most other places, coyotes can be hunted and killed for any reason at any time of year.

Eighty years ago when I was young, the sides of North Pack were forested with elderly trees but the top was covered with nothing more than bushes, plenty of which were blueberry bushes. Someone, I don’t know who, had made it that way. But the trees have grown back, and most of the mountainside is as it was a long time ago, a large, quiet woodland where our animal neighbors live in peace.

And because it’s protected by law, it will stay that way. We who love the natural world will be grateful.

We had our second workday of 2022 on Saturday, September 24th. We installed bog bridges on a wet section of the Raymond Trail that had previously had logs laid down which were rotting and extremely slippery. Luckily, this section is a short distance from the trailhead which minimized the work of carrying in the wood.

The drought conditions also helped as the area had no standing water, so we didn’t get wet. After much digging and setting of sleepers for the bridge we ended up with something that is an improvement over what was there and will last longer.

With that done we continued up the trail to do some general maintenance on the section of the Cranberry Meadow Pond Trail connecting their parking lot with the Raymond Trail. This included some brush trimming and drainage work.

We had five participants. Thanks goes out to Rick Blanchette, Tom Brumaghim, Kelly Dodge, and Bob Saari.

We were saddened to hear of the passing of David Weir this past July. David was one of the founders of the Friends of the Wapack and our first president. He was one of the small group of founders who set up the organization structure with our constitution and bylaws, and who shepherded the group in our early years.. David also chaired our right- of-way committee in those years.

At the time of our founding over 40 years ago, David sent a letter to prospective members. In it he stated: “Did you know that one of the most important recreational resources in the Monadnock Region is endangered? The Wapack Trail … is suffering from erosion and threatened by development. Like so many of our natural resources, it simply cannot survive in our urbanizing area without thoughtful protection and upkeep. To protect the trail, a new organization has come into being. The ‘Friends of the Wapack’ seek to improve, maintain and, where possible, obtain a permanent right-of-way for the trail… We want your participation in our effort to protect the trail. We will have some fun along the way so please join us.”

We have certainly had some fun along the way! At our annual meeting last year, I asked David what his expectations were for this organization at it’s founding. He said that it has exceeded his expectations. Our condolences go out to David’s family and friends. 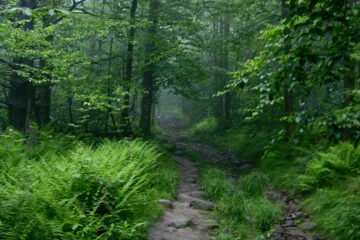 The transition from winter to spring has rarely been more anticipated. Last year was a long slog as concerns about the pandemic continued through the winter with many disruptions and challenges. Fortunately many found escape Read more… 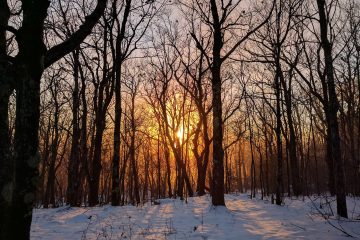 2020 Year in Review This year marks the fortieth year of the Friends of the Wapack. The Spring edition of this newsletter included a timeline of our many accomplishments over four decades to maintain and Read more…

Hello all! We hope this Summer finds you well. As you’ve noticed we’ve still not scheduled any events this year due to COVID-19 but we’ve been busy behind the scenes… 40th Anniversary This year marks Read more…