This year marks the 40th Anniversary of the Friends of the Wapack. We knew that such an important milestone deserves a logo. We went to our archives and found that our original logo was a triangle with a W that made it look like a mountain peak. So, for this anniversary we’re bringing back our logo from the 1980’s, our first decade.

In 1980 the Wapack Trail was deteriorating, and the future of the trail was in doubt. Four individuals decided to organize and address these problems to save the trail. They were Lee Baker, David Weir Jr, and New Ipswich Conservation Committee members Mary Jane Grasty and Dan Halsall. Soon, more people got on board and work began to restore the trail. Within two years this core group became known as the Friends of the Wapack. For the past 40 years this all-volunteer organization has successfully worked to maintain and permanently protect the Wapack Trail. Our experienced trail crew has maintained the Wapack and adopted side trails to high standards, and all but 5 miles of the Wapack Trail is now protected.

Our event plans for this anniversary year have been put on hold due to the COVID-19 pandemic. Our hope was to have the opportunity to thank everyone who has given their time and talents to our success over the past 4 decades. Perhaps we’ll have that opportunity later this year. In the meantime, we offer our 40-year timeline below which lists many of our accomplishments and significant events since our founding. It includes a special thank you on page four to past and present board members, and to the hundreds of people who have helped to maintain the trail.  Thank you all for your help and support through our first 40 years! The work continues!

Friends of the Wapack Timeline

Accomplishments and Significant Events
During our First 40 Years

Friends of the Wapack Through the Years

Thank you to everyone who has made our first 40 years a success!

First, thank you to the hundreds of people who have come to our trail work days, and a special thanks to our many Section Captains who have helped care for the trails over the past 40 years. Whether you adopted a trail section, came one time to a work day, or 100 times, your work is greatly appreciated. Without your help there would be no Wapack Trail.

Also we would like to give a heartfelt thank you to the many dedicated people who have served on our board or performed a special function. Their efforts have kept the all volunteer Friends of the Wapack organization going strong for 40 years! Our success is due to their dedication to the Friends of the Wapack and the Wapack Trail. Their work will always be remembered and appreciated! They are… 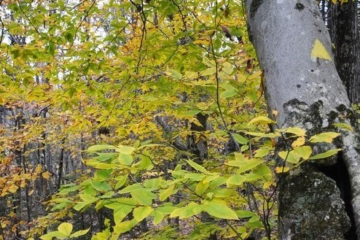 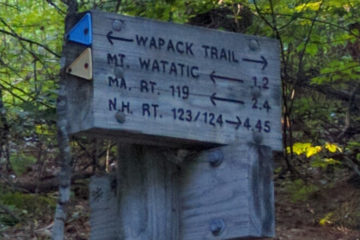 “Wapack and Back” is Back!

“Wapack and Back” is Back! After a 2 year hiatus, the Boston-based Trail Animals Running Club (TARC) will be holding the Wapack and Back race this Spring, on May 7th. Racers will have the choice Read more… 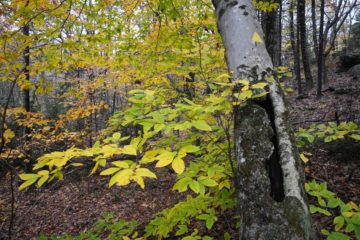 You’re invited! Please join us on October 16 for our 2021 annual meeting at the Sharon Meeting House for an in-person, indoor presentation. Our special guest presenter will be Chris Pryor, the Director of Forest Read more…